No Result
View All Result

Mohamed Afrah, the Awardee of the Best Journalist in Business 2019, Highlights Hard work and Perseverance as the Route to Success

Mohamed Afrah, currently the deputy editor and also a senior business journalist in one of the most reputed online newspapers in Maldives, Avas News was awarded the Best Journalist in Business and Economy in Online and Print Category 2019 by the Media Council of Maldives. He was previously nominated thrice in this category among other journalists but it was this year that he finally received this esteemed award. Born in Male’, the capital city of Maldives, he lived much of his childhood and adult life here. But he is a native of Meemu Kolhufushi. 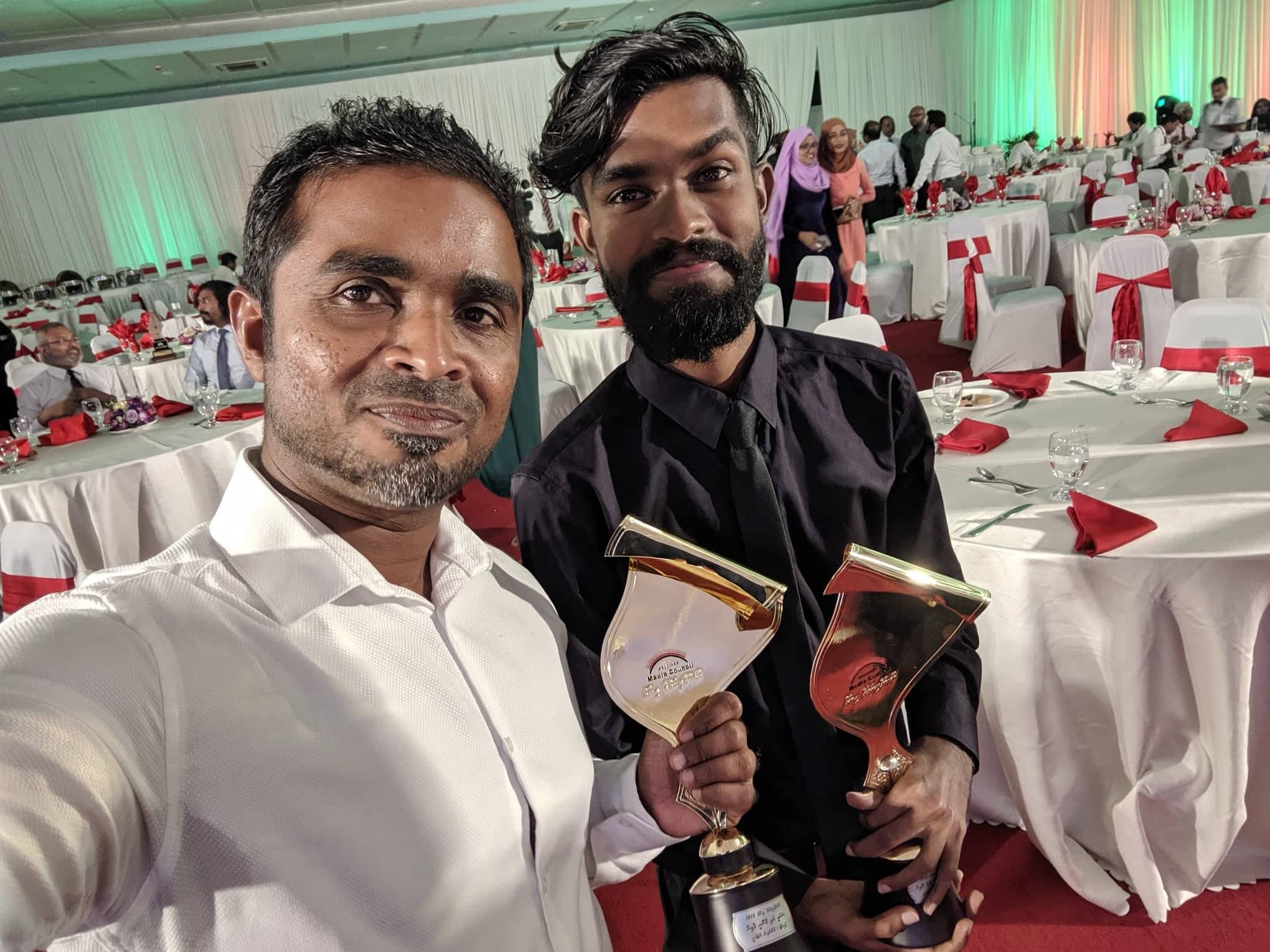 With more than 13 years in the field of journalism, he credits the support his mother and father gave him in his early years for the success of his career. Even from childhood, he was very much immersed in the field of journalism. “From a very young age, I saw local newspapers being published. I also read them a lot, specially Haveeru News. I was interested in journalism after reading the newspapers. During my childhood, there were not many newspapers or mediums on which news was published. Social media was not prevalent and used every day as a news source. Apart from newspapers, radio channels were there and some TV channels. So, newspapers were my main source of inspiration to be a journalist,” he explained.

Here, HR Maldives got to know more about his journey and life as an award winning journalist working in this thriving city.

How would you describe your school life?

I studied in Male’ English School (MES) As you have heard, many journalists currently active in the journalism field in the Maldives studied in MES and even in EPS school, now Billabong High International School. One of the most prominent journalists in Maldives like Hassan Fiyaaz was a senior student of MES while I was studying in the school. While studying in MES, I participated in many Dhivehi Language and Dhivehi Literature related activities led by these soon to be journalists which I believe laid a foundation for my career. They even published newspapers and newsletters while studying in school.

How did your career begin?

Right after my studies, I joined Jazeera News and then after that I joined Haveeru news. The year Haveeru News was dissolved was the year I joined Avas News and currently, I am a senior business journalist and a deputy editor working under Avas News.

What are your academic qualifications?

I have completed many trainings and have studied business modules, as my specialized area of journalism is business news. Therefore, it was essential for me to be knowledgeable about this vast subject. The first newspaper that I joined after my studies was called Jazeera News. The time I spent working in this newspaper was a very useful experience as I was able to get hands-on knowledge about journalism. It was very effective for the development of my career. Then, I began working for Haveeru News, one of the most established and well known newspapers in the Maldives with the most well trained journalists, till its end. I worked in Haveeru news as a journalist for a period of 5 years. Haveeru News trained its journalists very well. I have participated in many training sessions conducted by them throughout my five years there. Even then, I was mostly writing for the business section of the newspaper. But, I did write articles of other genres from time to time as well.

Can you describe your working life?

Like any other profession that requires dedication and commitment, journalism is also a field that requires the same. You have to be very dedicated and committed to be a journalist. That is my motto in life as well; that hard work and perseverance is the route to success. In the journalism industry, time is of essence so, anything might happen at any time. As journalists, if we need to do our job well, we need to be very cautious and keep a look out for any breaking news and other trending/hot topics.

I wake up early in the morning and after my morning prayer I go to the gym for daily exercises. After that, I spend some time at home and go to work at sharp 08:30 am every day. I have never been late to work, even when I was working in Haveeru News. It is something all my employers and staff notice and commend about. If there is a business event at night, I have to cover it or if another sudden incident occurs, for example, the recent fire incident, I go to the scene to cover the news as an obligation of a journalist despite it not being my specialized field of writing. I collect information and share it with my colleagues.

So, it is a very busy working life with more like a 24 hour job to be honest.

When asked about how he balances his busy working life, he states that it is something that needs to be given a lot of thought and consideration as he lives with a family; his wife and his son. He very much tries to prioritize spending time with them as well. “I try to finish all my work by four o’clock in the evening. Right after I finish my work, I go straight home and spend time with my family. I make sure I spend time with my son and I do so until 7 in the evening. Once again, I go to gym at 7. I spend some more time in the office and then if there is an event at night I go to cover it. I change my morning schedule accordingly if I have a busy event to cover at night which takes a lot of time,” he elaborated. 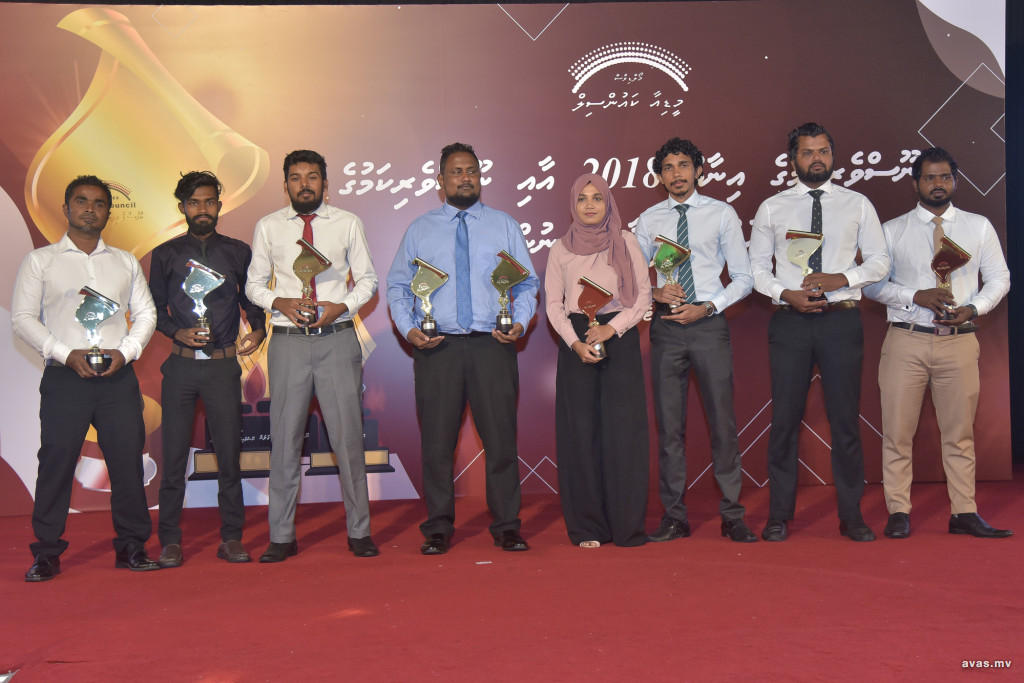 What kind of struggles did you face while working in the journalism industry in the Maldives?

I did not face any huge struggles while working in the journalism industry of Maldives so there is nothing much to highlight on. One thing to note is that, not everyone is going to be happy and content with what you write as a journalist. Sometimes I receive calls from readers, regarding some articles, saying that they are not happy with what was been written. But it has never been about any big matters because as a journalist I write unbiased articles that explore two sides of the story. Even though this is not a direct struggle, this is something that I deal with from time to time.

Do you have any difficulties climbing up the job hierarchy in this industry?

For me, I did not face any difficulties. The route to successfully climb up the job hierarchy in this industry, in my opinion, is hard work and perseverance. With hard work and perseverance, any newspaper will reward you for your work and efforts. When looking into my career, I have been successfully able to transition from one job to another and climb up in the job hierarchy with hard work. When I first joined Haveeru News, I was assigned as a junior reporter and then I was a senior journalist. When I first joined Avas News, I was a journalist and then I was promoted to a business editor. Now, I am the deputy editor of the newspaper and a senior business journalist as well.

He names Adam Haleem (Mundhu) an exemplary journalist of Maldives, as his strongest influences in the field of journalism since Adam is someone who has helped him excel in his career. Afrah also would like to cite him as the person who gave him the most valuable advice in his career. He also states all the senior journalists who worked in Haveeru News and his colleagues such as Fayyaz and Anwar as influences that helped him.

What is the most challenging aspect of your job?

The most challenging aspect of my job is deadlines. For every article, there is a time frame in which the news article should be delivered to the public or else it would be very difficult to get the attention of the audience. So, this is a challenge. Finding information for different news topics was also a challenge before. But notably, now, finding information is much easier and convenient.

With winning the award being the biggest achievement in his career, something that made him and his family proud, it was essential to look into his journalism career a bit in-depth. With all his articles receiving a large number of readers, his most read and applauded article was written on MIFCO, a government company. He wrote an article on how MIFCO can earn profit and presented a theory in which how the company can achieve this. He interviewed many professionals in the field for this article and did extensive research on the topic. 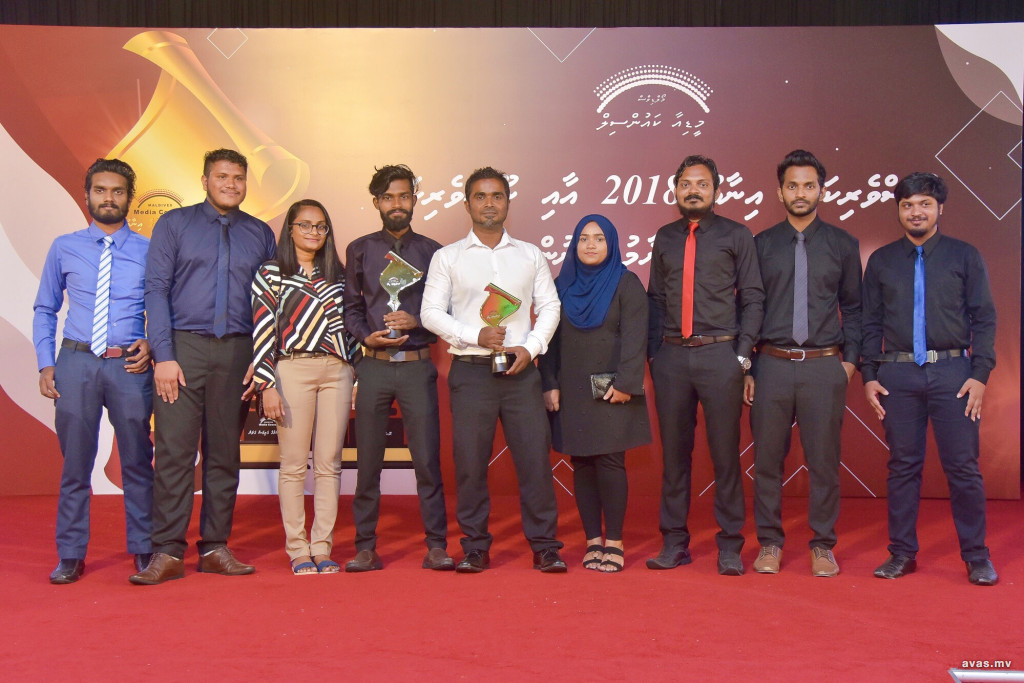 How do you respond to criticism?

I don’t give much attention to criticism. I believe that we cannot do anything without being criticized. That would be impossible. Also, currently, with social media and other platforms, it is easier than ever to give criticism to people. I take the good criticism and work hard to improve myself.

Is there anything in this industry that you would like to see change?
The journalism industry in Maldives is very much changing and it has to do with the industry changing globally as well. My hope is that in the future, investigative journalism and other genres of journalism is introduced in Maldives.

Also, the unavailability of updated information and statistics regarding Maldives is a problem. I hope this changes. I personally, face a big struggle as it is very difficult to write articles on income tax and spending based on data collected many years ago.

Finally, he has the following advice for the future journalists who wish to pursue a career in journalism, “Be on time and work hard. It is important to be disciplined in work to achieve your goals.”

HR Maldives wishes him future success in the field of journalism.

HR Maldives launches HR Survey | The impact of Covid-19 and the future of HR.

0
No Result
View All Result